My name is Maria E. Monteiro and I like watching bad movies. They always say the first step is admitting it. Ever since I was a little girl I loved watching movies that were so bad they were actually good. Some of these movies included Killer Klowns from Outer Space, Roller Boogie, and Night of the Comet. So when I find a new movie that it’s so bad it’s actually good I have to share the news.

Very early this morning (2:30 to be precise) I was battling with sleep so I decided to give up and turn on the TV. As I was flipping through channels I found the movie Roller Boogie was on. I sat up filled with joy and I began to watch this 1979 disco roller skating masterpiece. Wanting to know more about this wonderful film I went on IMDb to read trivia and reviews, and that’s when I saw people mentioning the movie Skatetown USA.

What was this movie they were talking about? I had to find out. The good news was it was another disco roller skating movie starring Patrick Swayze (Dirty Dancing), Scott Baio (Charles in Charge), and Maureen McCormick (The Brady Bunch). I had to get this movie. This is where the bad news came: This film came out in theaters in 1979, and that was it. Due to copyright issues that might relate with the soundtrack it has never been released on TV, VHS, or DVD. How can this be?

I started researching because what else can I do that early in the morning. People who did seem to own a copy had a DVD where the 16mm film was copied onto. They all complained about how grainy the film was and how much they wished the studio would release this movie on DVD. Well, I didn’t care. I can watch a grainy movie. So I looked all over the internet (Basically ebay) for a copy and sadly found out there were none. There was only one thing to do, look on Youtube. Why I didn’t think of that first? I don’t know.

And there it was on YouTube in a 11 different parts. I couldn’t contain my excitement. I propped up my pillow and prepared to watch, what I’m now calling a hidden gem.

The movie takes place over one night in a roller skate rink. There’s a compensation to see who’s the best skater in solo and dual performances. Right away I knew this movie was going to be good when the DJ appears in a spaceship shaped box wearing a white afro wig and sounding like Wolfman Jack. The roller rink has everything from a stage where bands play all night to a doctor for the skaters.

The best part of the movie is Patrick Swayze, who plays Ace the head of a rollerskating gang. Yes a rollerskating gang. You have to love it. I learned this was his first film role, and he played the part to a tee. His rollerskating skills were awesome and you can see where he got some of his Dirty Dancing moves. Ace, being the leader of the hardcore gang showed off his moves by roller skate with a belt that he would whip around giving him a little Bruce Lee appeal. Very sexy

I can see why the movie is having issues with the music rights. Skatetown USA has an incredible soundtrack of hits that plays throughout the whole film. I don’t recall one moment when there wasn’t music playing. There’s even a guest appearance by Joe Cocker. I seriously was in Bad Movie Heaven.

Okay I’m saving the best for last: at the end of the movie the two main characters decide they’re going to have a chicken race. You know, like in the one in Rebel Without of Cause. Where two cars race towards the edge of a cliff. The last one to exit their car is the winner or dead. Anyway, the two main characters decide to do this chicken race down the boardwalk in roller skates. Yes roller skates, but not just any ordinary skates, the roller skates had motors. Can it get any better? Oh the drama.

The music was amazing, the acting was bad, and the storyline was…actually I still have no idea what the storyline was. The only bad thing is that part 2 and 4 were removed because of copyright issues. But this did not make it hard to follow the wonderful madness. I hope one day they do release this movie on DVD. For now you can enjoy it on YouTube. I’ve already seen it twice. 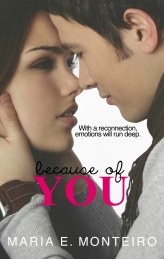 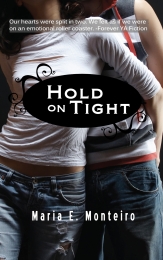